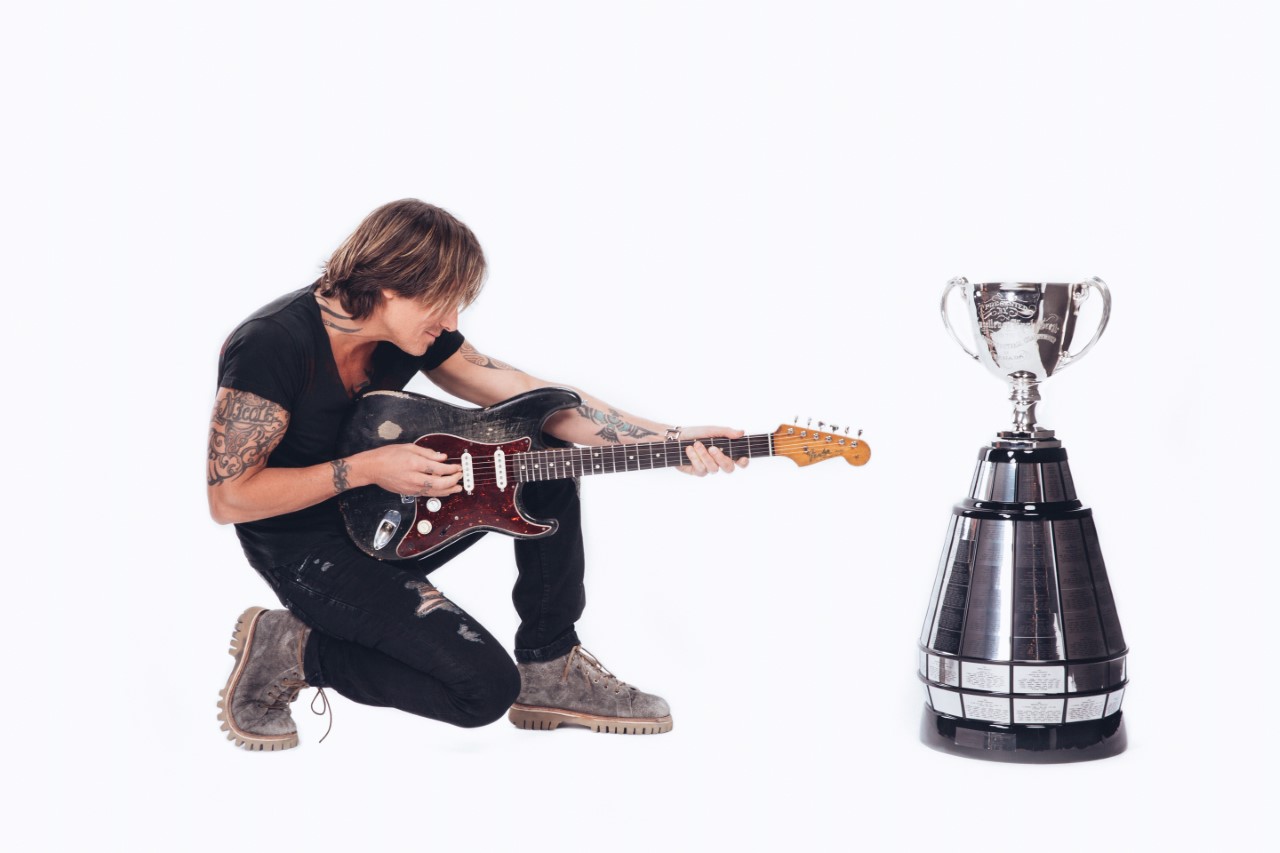 TORONTO (September 26, 2019) – The Canadian Football League (CFL) has announced that four-time GRAMMY© Award-winner, Keith Urban, will perform at the 2019 Freedom Mobile Grey Cup Halftime Show at the 107th Grey Cup presented by Shaw on November 24, airing live from Calgary on TSN and RDS – Canada’s home of the CFL.

This evening, CTV’s ETALK revealed that the reigning Country Music Association (CMA) and Academy of Country Music (ACM) Entertainer of The Year, will headline the nation’s largest annual sporting event.

“The first time I think I performed a sold out stadium (in Canada) actually would have been the Saddledome in Calgary,” Urban told ETALK. “I remember halfway through my show, thinking: ‘Man, this crowd is amazing! Whoever is coming on after us is gonna love these guys.’ And I suddenly thought: ‘I’m it. I’m the guy that’s coming on. I’m here. This is it. This is my crowd.’”

Urban is a superstar whose performances have been hailed the world over as concert events not to be missed. His shows across Canada have provided the backdrop for an undeniably special relationship between Urban and his fans throughout the nation.

Urban has sold more than 20 million albums, six of which have reached No. 1. He has had 23 No. 1 songs, including Somebody Like You, Days Go By, Sweet Thing, Wasted Time, Blue Ain’t Your Color, The Fighter and Coming Home. His latest release, We Were, has already been streamed over 57 million times worldwide. In addition to his four GRAMMY© Awards, he has won multiple Canadian Country Music Awards, 13 CMAs, 15 ACMs and four American Music Awards.

“I know we’ve scored an absolute touchdown for football and music fans everywhere when my three young daughters are as excited about this big news as I am,” said CFL Commissioner, Randy Ambrosie. “Our early relationship with Keith has already shown him to be as authentic and genuine as he is famous and talented. We can’t wait to see him and everyone in Calgary as we share his shining light and Canada’s spirit with fans here at home and viewers around the world.”

The Freedom Mobile Grey Cup Halftime Show typically attracts one of the highest viewing audiences of any live musical performance on Canadian television.

“Whether they’re at the game or watching in the comforts of their own homes, the Freedom Mobile Grey Cup Halftime Show brings millions of people together from coast-to-coast to be a part of Canada’s game,” said Paul McAleese, President, Wireless, Shaw Communications. “For more than two decades, Keith Urban has established himself as one of the world’s best performers – a gifted musician who will energize the stage at the Grey Cup Halftime Show. With hundreds of thousands of Canadians choosing to switch to Freedom Mobile, we are thrilled to partner with the CFL to make this year’s halftime show one of the biggest and best ever.”

Urban’s headlining performance is part of the CFL’s partnership with Universal Music Canada which includes in-game broadcast music exclusivity and collaborations with the league’s nine teams as part of their Thursday Night Football series.

“We are pleased to be continuing our ongoing relationship with the CFL by bringing our world-class artists and music to football fans across the country,” added Kristen Burke, Executive Vice President and General Manager at Universal Music Canada. “Keith is beloved by Canadian audiences and we are thrilled to have him be a part of this year’s Grey Cup.”

The 107th Grey Cup presented by Shaw will be played on Sunday, November 24, 2019 in Calgary at McMahon Stadium, and broadcast across Canada on TSN – the country’s most-watched specialty network. This year’s championship will mark the fifth time Calgary has hosted the game and the first since the 97th Grey Cup in 2009. A limited number of tickets are still available at Ticketmaster.ca/GreyCup.

About the Canadian Football League The 2019 regular season is underway and fans can stay up to date on all the non-stop action at CFL.ca, follow the 2019 season from around the world, and join us at a game. The 107th Grey Cup presented by Shaw will be played at McMahon Stadium in Calgary on Sunday, November 24.

About Universal Music Canada Universal Music Canada is Canada’s leading music company, engaged in recorded music, music publishing, merchandising, and audiovisual content. Home to the most comprehensive catalogue of recordings and songs across every musical genre, UMC is committed to artistry, innovation and entrepreneurship in broadening opportunities for our artists on both the domestic and world stages as well as creating new experiences for fans.