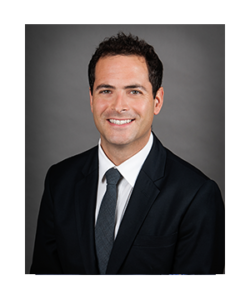 Marco De Iaco is the former Executive Director of the Calgary Sport Tourism Authority and VP Sport & Major Events at Tourism Calgary. With a passion and belief in the power of sports and major events to support economy, shape brand and impact quality of life, Marco led a collaborative, city-wide effort to attract events to Calgary and invest strategically into amateur sport for 15 years.

He played key role in attracting the Canadian Open Volleyball Championship, World Water-Ski Championship, SHAW Charity Classic, Cavalia, and the IIHF World Junior Championship – uniting Calgary and Edmonton for the first time to deliver an event that broke 30-year records for ticket sales and economic activity. Under Marco’s tenure, Calgary was twice recognized as one of the top 10 sport cities in the world by Sport Business International. He chaired the JUNO Awards and JUNO Week Celebrations for the second time in 2016 – the most important music event in Canada – resulting in what many industry insiders touted as the best JUNO Awards staged in the 45-year history of the event. Later that year, Marco led and co-presented a pitch to Calgary City Council – establishing the Calgary Olympic Bid Exploration Committee.

In the Fall of 2018, Marco accepted a new role as the Executive Director of the Calgary Downtown Association. As a champion for downtown business and a leader in urban place making, the Calgary Downtown Association is working to create dynamic spaces, distinctive places and unforgettable experiences to bring people together and help our city thrive.