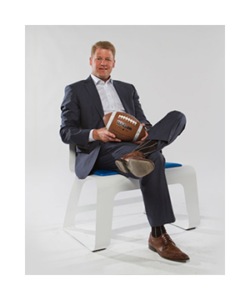 Curtis Stange is the President and CEO of ATB Financial and, alongside 5500 team members strong, obsessively serves nearly 770,000 customers in 247 Alberta communities.

A seasoned banker with 30+ years experience at one of Canada’s “Big Five” banks and ATB Financial, Curtis has led teams across diverse geographic markets and through various economic cycles. He was recruited to ATB to create a new line of business focused on Alberta entrepreneurs. He then played a key strategy role in the transformation of ATB’s banking systems, the company’s biggest tech challenge in a generation. Curtis has also helped lead the organization to new places, like the adoption of new tech like Apple Pay and blockchain. More recently, he served as ATB’s first-ever chief customer officer.

Curtis received the Order of Athabasca University for public service work and is a Stanford alumnus. He’s a strong advocate for mental health as an active member of the Canadian Mental Health Association and also serves as a member of the EIA and MasterCard Canada advisory boards and is co-chair of the Children’s Wish Foundation. A purpose-driven leader, Curtis is passionate about making banking work for people by truly listening and using ATB’s expertise to help change people’s lives for the better.

Most family traditions for Curtis are centred around the sport of football. Both of his sons love the game, and were afforded opportunities to play across North America. He has a deep respect for what professionals of the sport possess: highly adaptable, team-focused aptitudes with bias for action. Curtis is honoured to serve on the 2019 Grey Cup Steering Committee.