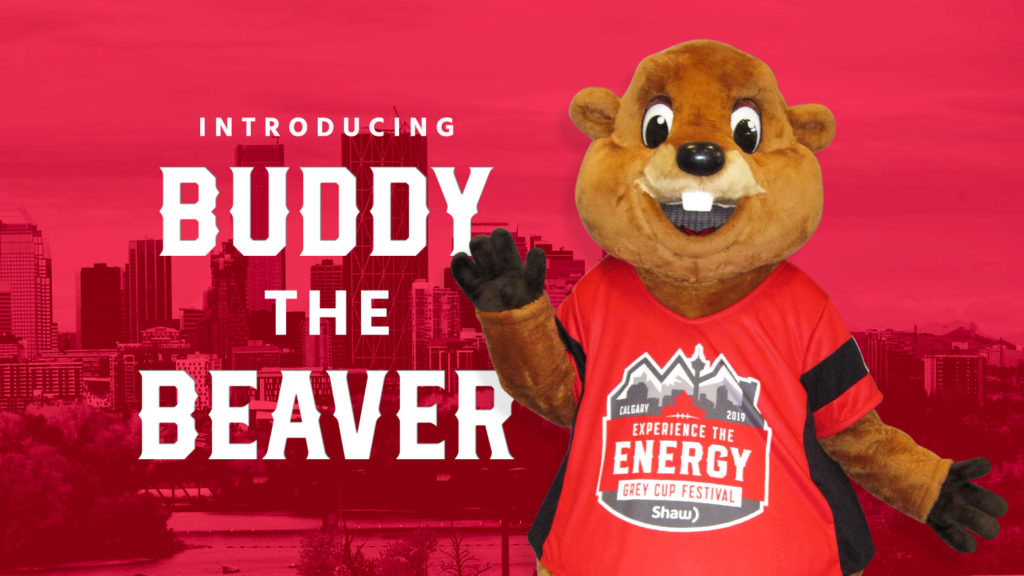 The newest Grey Cup Festival Mascot is a toothful…

Buddy the Beaver is taking a break from his busy construction and woodworking business to be part of the excitement of the 2019 Grey Cup Festival presented by Shaw. This respected Albertan was chosen as this year’s Grey Cup Mascot in recognition of his architectural contributions to our community, as well as his celebrity lineage; Not only is his GreatGrandmother pictured on the Canadian nickel, but his cousin was the Grey Cup Festival Mascot in Edmonton last year.

“What an honour to be chosen as the 2019 Grey Cup Festival Mascot,” says Buddy the Beaver with a sharp slap of his tail. “I was busy designing a dam expansion when I received a note to contact Mr. Macleod. I had no idea I was even being considered for this important role! What an honour. Although Fall is my busy season, I was coming to the Grey Cup already and can’t wait to now be the official Party Animal for Canada’s Biggest Party. I’m really hoping to get a new jersey out of the deal.

“Word on the river is Calgarians know how to throw a world-class event! I can’t wait to get to Calgary to cheer on some great football, tailgate with my best BBQ clover & grass treats, and party with fans of all ages coming from across North America to this year’s Grey Cup!”