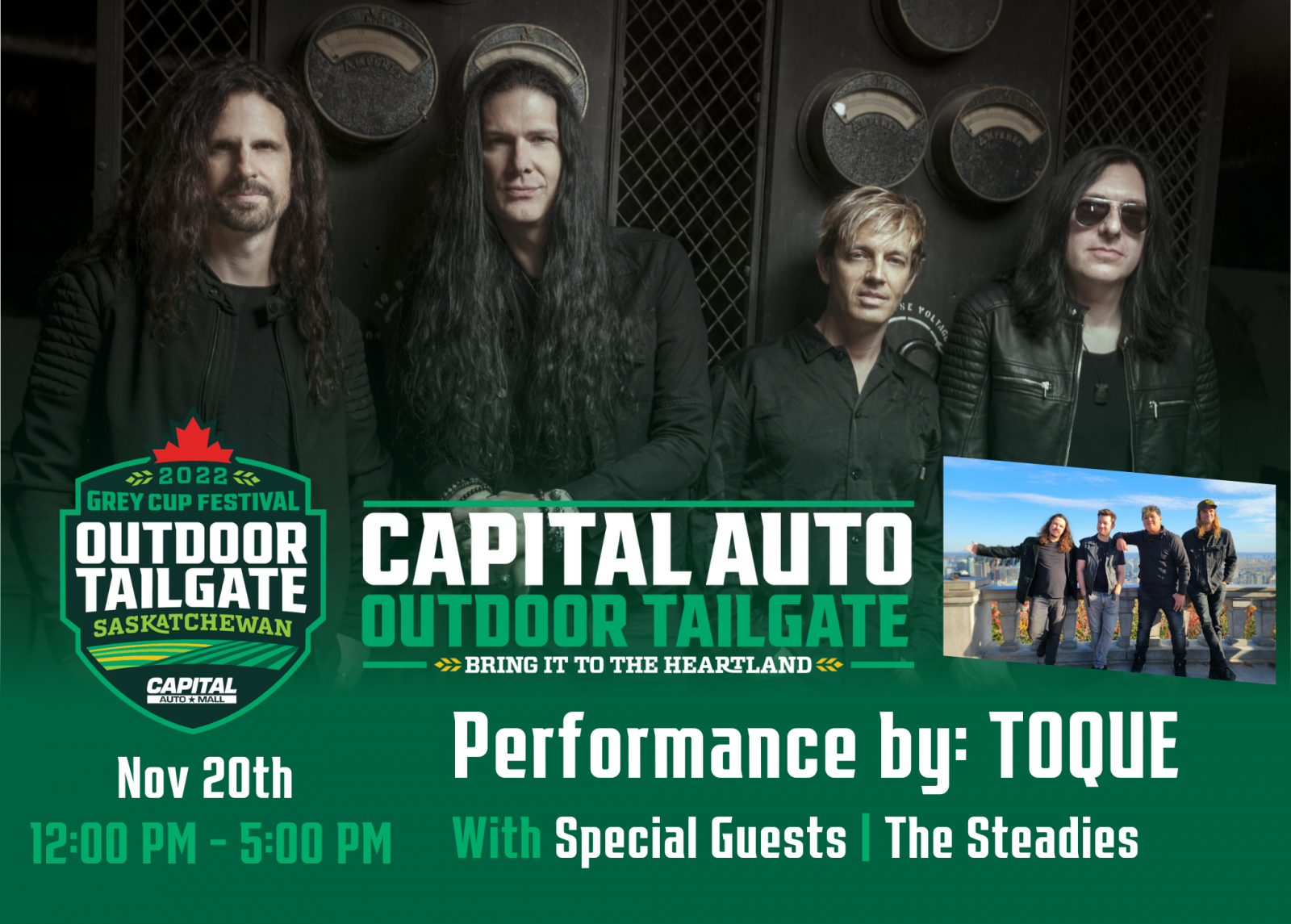 The Saskatchewan Roughriders and the 2022 Grey Cup Festival Volunteer Host Organizing Committee are thrilled to announce that Canadian rockers, Toque, will headline the Capital Auto Outdoor Tailgate on November 20th.

“There is nothing quite like a tailgate party before a football game and we are so excited to bring that experience to the Grey Cup Festival,” said President of Capital Auto Cam Bottrell. “We can’t wait to watch fans from across the country gather before the big game, and we know Toque is the perfect band to bring up the energy before kickoff.”

Toque, is a group of highly skilled, well known and accomplished Canadian rockers. The band focuses on upbeat Canadian rock covers as well as pure rock n roll originals that will be sure to get the crowd moving with a set list that includes hits from Loverboy, Alanis Morissette, Tom Cochrane and many more. Toque is:

Saskatchewan’s own The Steadies will open for Toque with their ‘island rock’ style music, which the band describes as Top 40 mixed with rocksteady and reggae influences. Led by Earl Pereira, a founding member of Wide Mouth Mason, The Steadies perform at over one hundred festivals and clubs internationally every year.

The Outdoor Tailgate begins at noon on gameday and runs until 5 p.m. – just before kickoff – and is free to attend for anyone with a ticket to the Grey Cup game. The Outdoor Tailgate will be fully licenced and have outdoor fireplaces available for warmth.

Toque joins an already star-studded lineup of Canadian talent performing during Grey Cup Festival week including Colin James at the SiriusXM Kickoff Party, The Road Hammers at the Canadian Gala, presented by ISC and the Hunter Brothers at the Dye and Durham Indoor Tailgate.