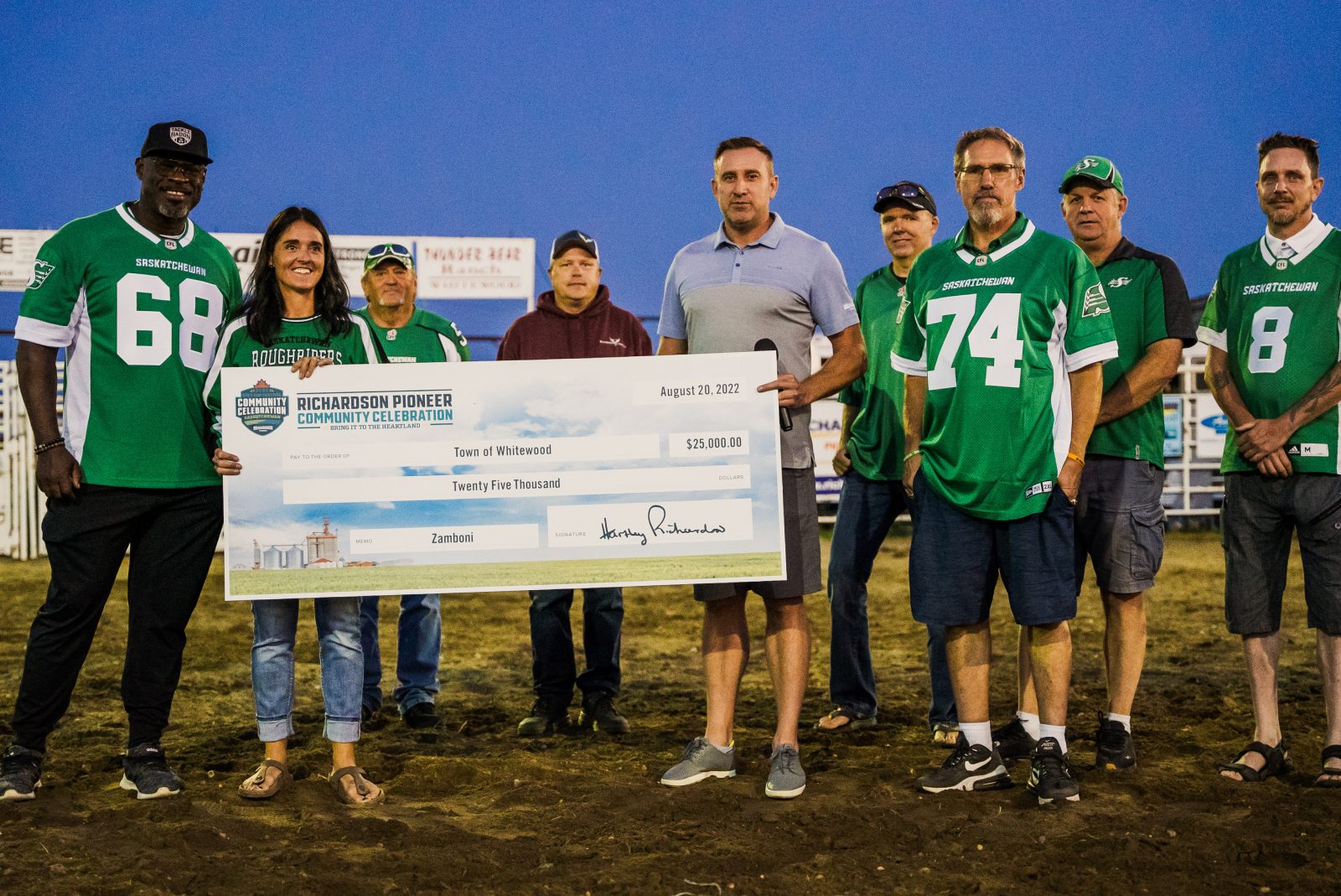 The Community Celebration is a one-day party that six winning communities from across the province will host and receive a $25,000 donation from Richardson Pioneer toward a specific, community project having a focus on sport, culture, and recreation.

Whitewood hosted the first of six Community Celebrations during their annual Whitewood Chacachas Rodeo. Throughout the day, community members were treated to a visit from the Grey Cup trophy, Gainer the Gopher, and two Roughrider alumni Andrew Greene and Dan Rashovich. The 620 CKRM Rider Cheer Team was also in attendance to perform for the crowd.

At a special ceremony during intermission, Assistant Vice President of Richardson Pioneer, Neil Banbury awarded the town of Whitewood a cheque for $25,000 to go towards a new Zamboni for their local rink.

The Whitewood Community Centre was rebuilt in 2000 after a fire destroyed their previous centre and the current Zamboni has been there ever since. Lisa Istace, a Whitewood resident, and a coordinator for the Community Celebration said the money will go a long way and the acknowledgment of being one of the winning communities means so much to their hometown.

With approximately 600 people in attendance, Istace said it was one of the best years yet for the rodeo where the community was able to come together again after a tough couple of years.

“We honestly have one of the best communities and when events like this happen, it really brings people together and that means so much to us,” said Istace.