GOVERNMENT OF CANADA TO HELP MAKE 2022 GREY CUP FESTIVAL THE BEST EVER! 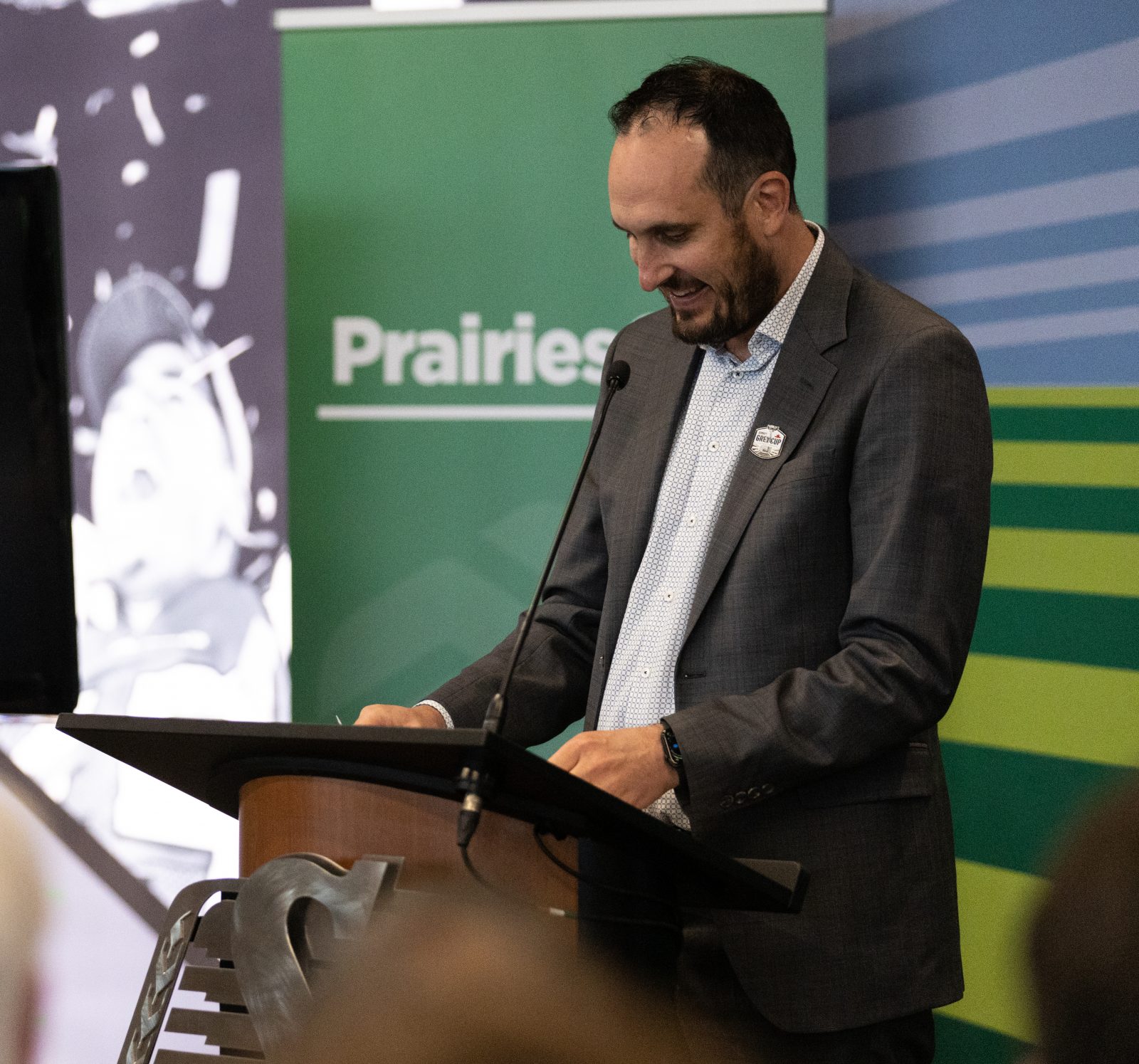 MFESI will provide the Grey Cup Festival with up to $2 million in support and help fund new and exciting Festival events focused on youth and technology and promoting the Festival across this amazing country.

“Whether as kids or adults, Canadians have fond memories of watching a Grey Cup live, on TV, or on the radio – on the edge of their seats as their team scored a touchdown, made an impossible field goal, or went all the way – winning the coveted trophy for their hometown. Major events like the Grey Cup bring people together, attract thousands of visitors, create lasting memories and put money into the hands of local businesses, tourism and hospitality operators and many more. It’s a huge boost to the economy,” said Daniel Vandal, Minister for PrairiesCan. “Our government is making this significant investment to help organizers of this year’s Grey Cup Festival recover from the impacts of the pandemic and enhance their offerings to drive growth and long-term sustainability. I look forward to seeing Regina and the entire Roughriders organization pull-off a great festival this year, for Saskatchewan, the entire CFL community, and all the fans.”

“From the outset of our planning, we have wanted our Grey Cup Festival to attract and inspire the next generation of CFL fans,” said Grey Cup Festival Co-Chair and Roughriders President and CEO Craig Reynolds. “With this funding from the Government of Canada, we are going to be able to run fun and innovative events and programs for families and for CFL fans of all ages.”

The funding announcement was accompanied by the launch of three new festival events, supported by MFESI:

Path to Glory | $50,000 Smash Ultimate Tournament: See top Smash players from around the world compete for their chance at a piece of the prize pool!  Working with SKL Esports, the Grey Cup Festival will host a Super Smash Bros Ultimate Esports tournament with the main event happening November 18 and 19th at the Brandt Centre.

Youth Football Programming: Football is for everyone! In partnership with Football Saskatchewan, the Grey Cup Festival will include player-led football programming, skills competitions with an interactive leaderboard and more. Hosted at the Affinityplex, youth of all experience levels will have a chance to learn the game and elevate their play.

Digital Zone: The ultimate experience for families, sports fans and tech gurus alike. This lively, interactive area connects the Family Festival with Riderville and the team party rooms. The Digital Zone will include video games, sports experiences and technology through the ages including virtual and augmented reality exhibits.

A preliminary Festival schedule and Festival footprint have also been released so CFL fans and visitors will be able to begin their planning. Festival tickets are expected to go on sale in the early fall.

An extremely limited number of tickets for the 109th Grey Cup are still available. Visit our tickets tab for more information. 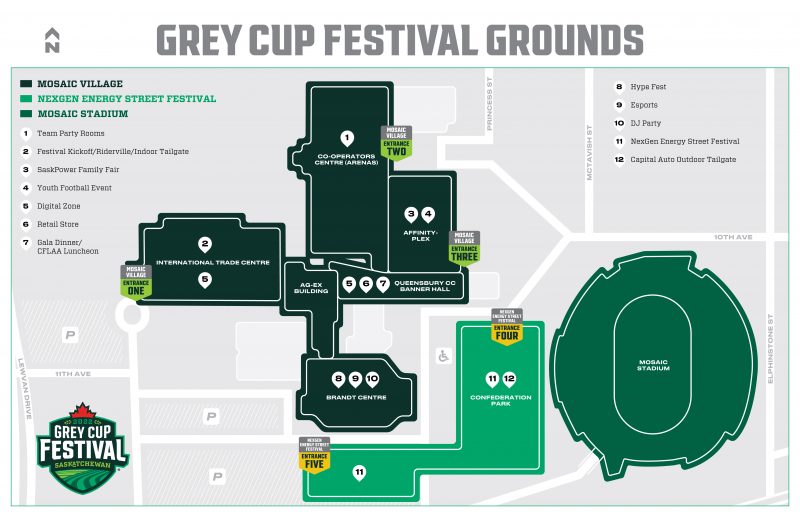